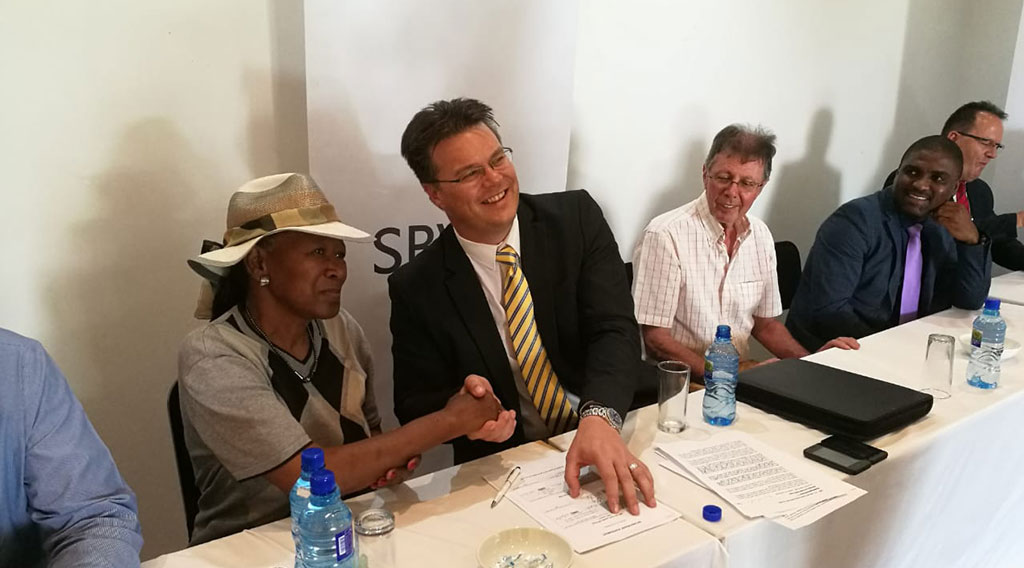 SBV started operations in Lesotho in 2011, where we provide cash logistics services to the financial sector in Lesotho. As part of our expansion and development strategy, SBV established a multibank cash centre operation in Maseru in November 2014. In 2016, SBV finalised the acquisition of the leading security company in Lesotho (Security Unlimited (Pty) Limited), making us one of the major employers in Lesotho.

SBV’s Corporate Social Responsibility policy extends beyond the allocation of funds towards sponsorships; our plan is to make a meaningful contribution to the lives of our stakeholders through the implementation of a holistic corporate social responsibility philosophy cognisant of people, governance, economic growth and the community.

To this extent, SBV is proud and honoured to announce the renewal of our sponsorship with F.C Likhopo, a well-known soccer team in Lesotho.

F.C. Likhopo is a team that was established in, 1995, a team which would play a vital role in society as a way of accommodating children without proper care and support.

F.C. Likhopo has represented Lesotho at a continental level after it had twice won the Lesotho League. This demonstrates the potential that exists not only in Maseru, but in Lesotho as a country.

The values profile of F.C Likhopo is aligned to the corporate social responsibility programmes supported by SBV with focus on the development of society and the communities where we operate and draw our labour from.  According to Pieter Steyn a Director of SBV Lesotho and Financial Director of SBV Services, it is not only the achievements of F.C Likhopo on the field that have drawn our attention, but the positive impact that they make on the community at large in Lesotho.

As a responsible corporate citizen, SBV is proud to be associated with F.C Likhopo and wishes the team all the best for years to come.